China Europe Water Platform held the event “Digitalization of Water” at Slush Helsinki in early December to a full house. Slush is the world’s leading start-up event and the collaboration enabled CEWP to attract companies working in new digital technologies, such as IoT (internet of things) and data analytics.

Presentations of the event:

Digitalization in the Water Sector_Opportunities and Barriers for Value Creation_CEWP_Henrik Dissing

Challenges and Opportunities for Smart Water in China_IWRH_Yun-Zhong Jiang

Challenges and Success Stories of Digitalization in the Water Sector_VTT_Mona Arnold

CEWP will hold a similar event in China in 2019, date to be announced. Both events aim to bring together Chinese and European stakeholders, but also the water sector and the tech/start-up communities in both countries. 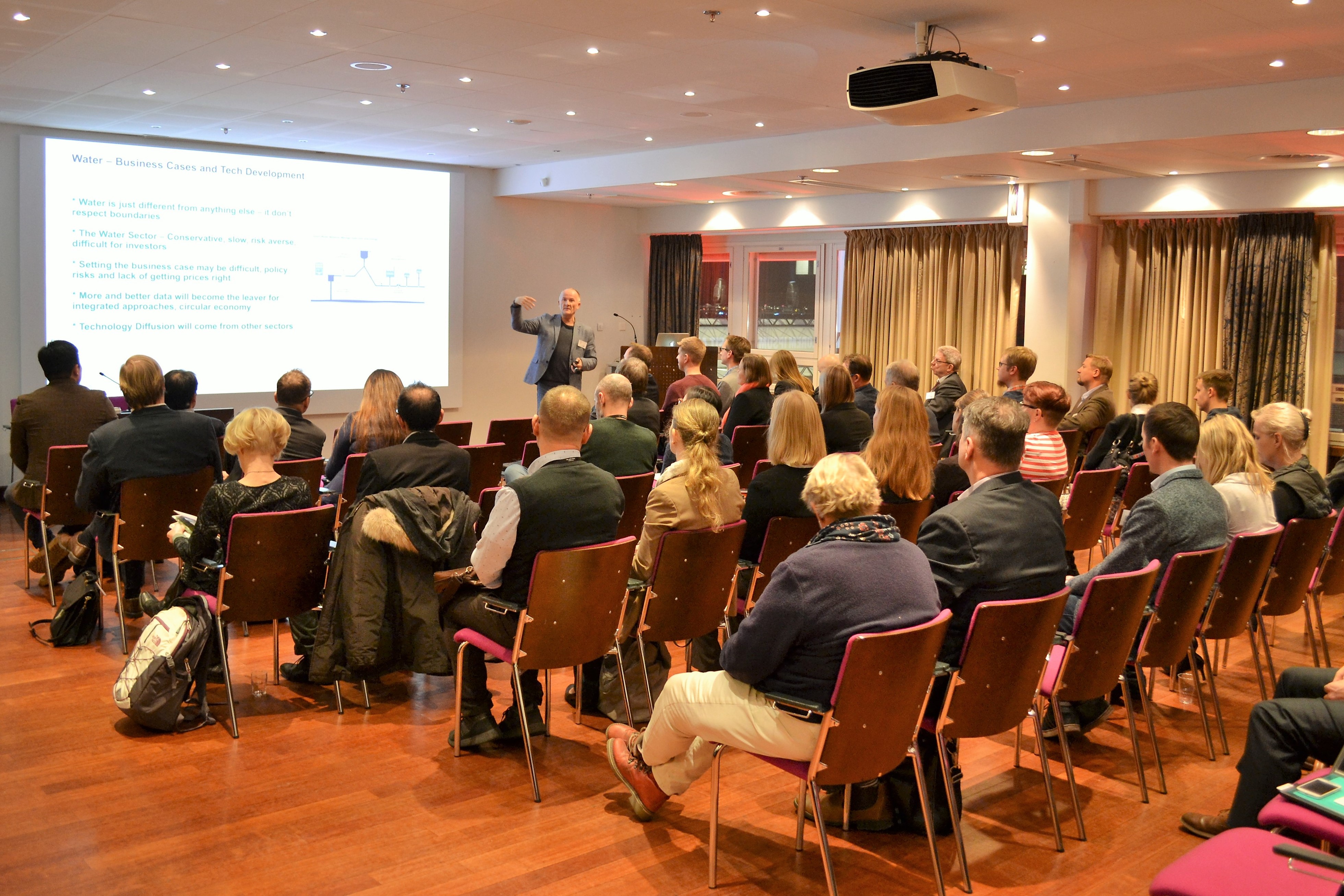 As Henrik Dissing of the CEWP and the Danish Ministry of Environment and Food explained in his welcoming words, there is a need to expose the water sector to the demands and mindset of the tech community as well as bring about more technology diffusion from one sector to the other.

Jiang Yunzhong from the China Institute of Water Resources and Hydropower Research summed up the challenges and opportunities for China in smart water in his keynote speech. Smart water (智能水) is a term widely used in China for digitalization of water. According to Mr Jiang China’s the Ministry of Water Resources has improved data storage capabilities in the public water sector and data collection points have recently been automatized. However, bandwidth limitations still cause bottlenecks in information sharing and the new generation of smart applications are still not widely used. Other problems include lack of construction standards (related to it-management) and problems with network security.

To get the latest information on the upcoming Digitalization of Water 2019 event in China, follow us on Twitter @ChinaEUwater.