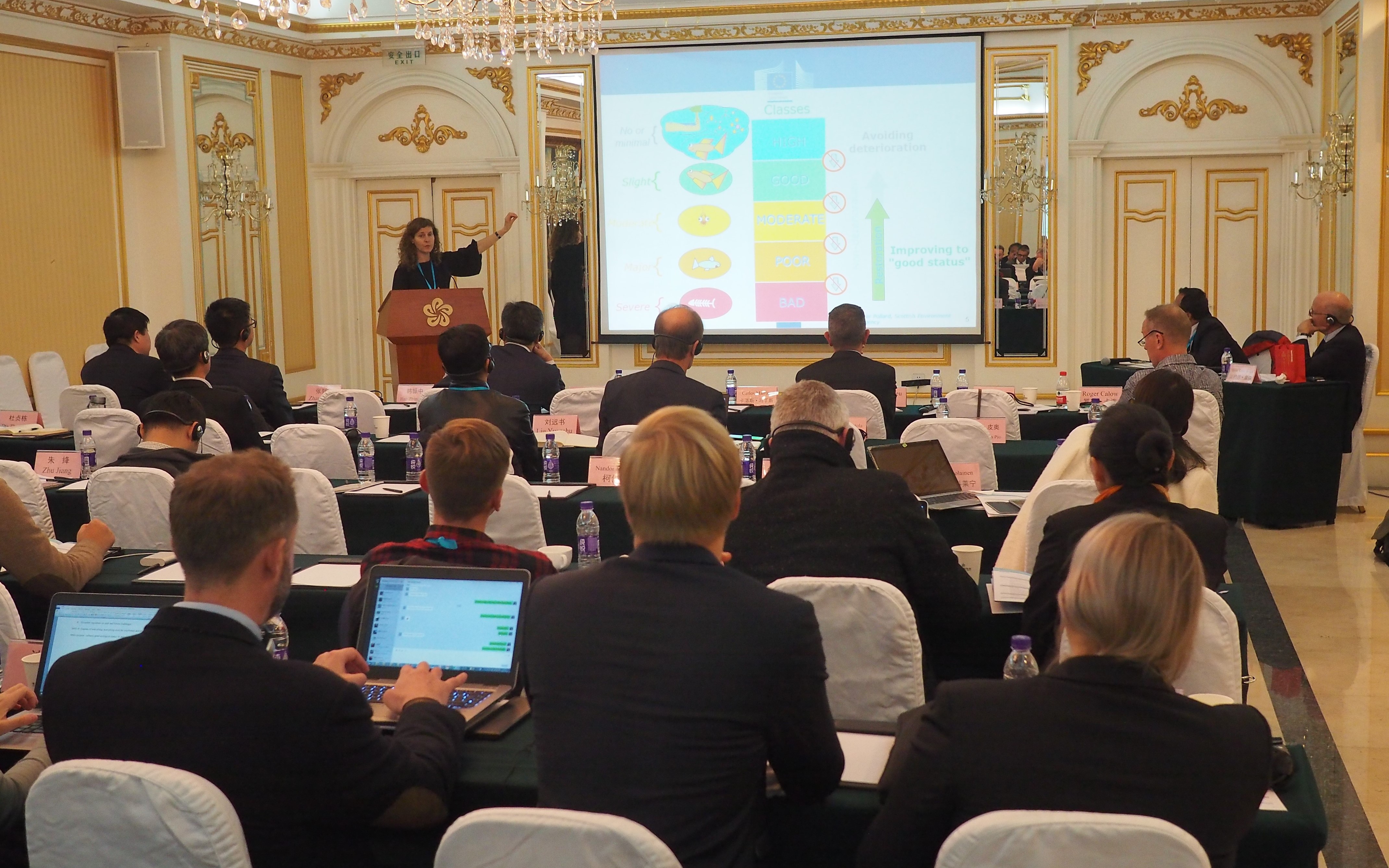 Session 1 titled “Water Conservancy and Ecological Governance in the Process of Rural Revitalization” discussed policies in both China and the EU, drinking water needs and the river chief system being implemented in China, among others.

Session 2 titled “Water and Energy Technology Innovation in the Process of Urbanization” analyzed sponge city concept and constructions in both the EU and China, policies and practices on water and energy nexus as well as pumped storage hydropower development.

Session 3 was titled “From Source to Sea – Intergrated Water and Marine Environment Management in the Baltic and Bohai Sea Region”. The longest session of the day, running at five hours, included introductions on the Source to Sea concept as well as details on the Hai River ecological environment and microplastics in the Baltic Sea.

The High-Level Meeting will close of Friday with a technical tour of the South-to-North Water Diversion Project.